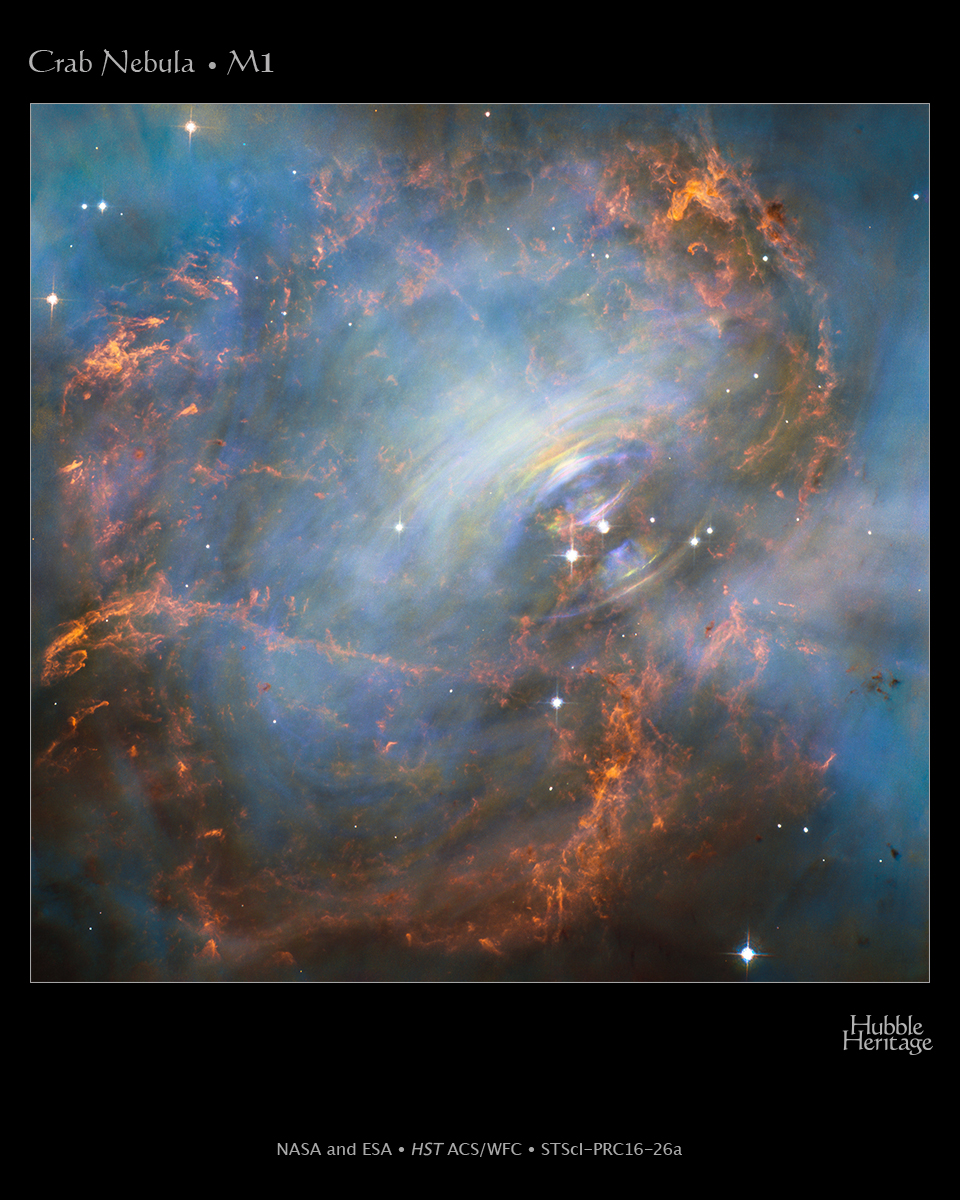 The text and images in this article were originally published on July 7, 2016, and reflect information about M1 available at that time.

Hubble Captures the Beating Heart of the Crab Nebula

Peering deep into the core of the Crab Nebula, this close-up image reveals the beating heart of one of the most historic and intensively studied remnants of a supernova, an exploding star. The inner region sends out clock-like pulses of radiation and tsunamis of charged particles embedded in magnetic fields.

The neutron star at the very center of the Crab Nebula has about the same mass as the Sun but compressed into an incredibly dense sphere that is only a few miles across. Spinning 30 times a second, the neutron star shoots out detectable beams of energy that make it look like it’s pulsating.

The NASA Hubble Space Telescope snapshot is centered on the region around the neutron star (the rightmost of the two bright stars near the center of this image) and the expanding, tattered, filamentary debris surrounding it. Hubble’s sharp view captures the intricate details of glowing gas, shown in red, that forms a swirling medley of cavities and filaments. Inside this shell is a ghostly blue glow that is radiation given off by electrons spiraling at nearly the speed of light in the powerful magnetic field around the crushed stellar core.

When this “heartbeat” radiation signature was first discovered in 1968, astronomers realized they had discovered a new type of astronomical object. Now astronomers know it’s the archetype of a class of supernova remnants called pulsars—or rapidly spinning neutron stars. These interstellar “lighthouse beacons” are invaluable for doing observational experiments on a variety of astronomical phenomena, including measuring gravity waves.

Observations of the Crab supernova were recorded by Chinese astronomers in 1054 A.D. The nebula, bright enough to be visible in amateur telescopes, is located 6,500 light-years away in the constellation Taurus.

Additional Images of the Crab Nebula